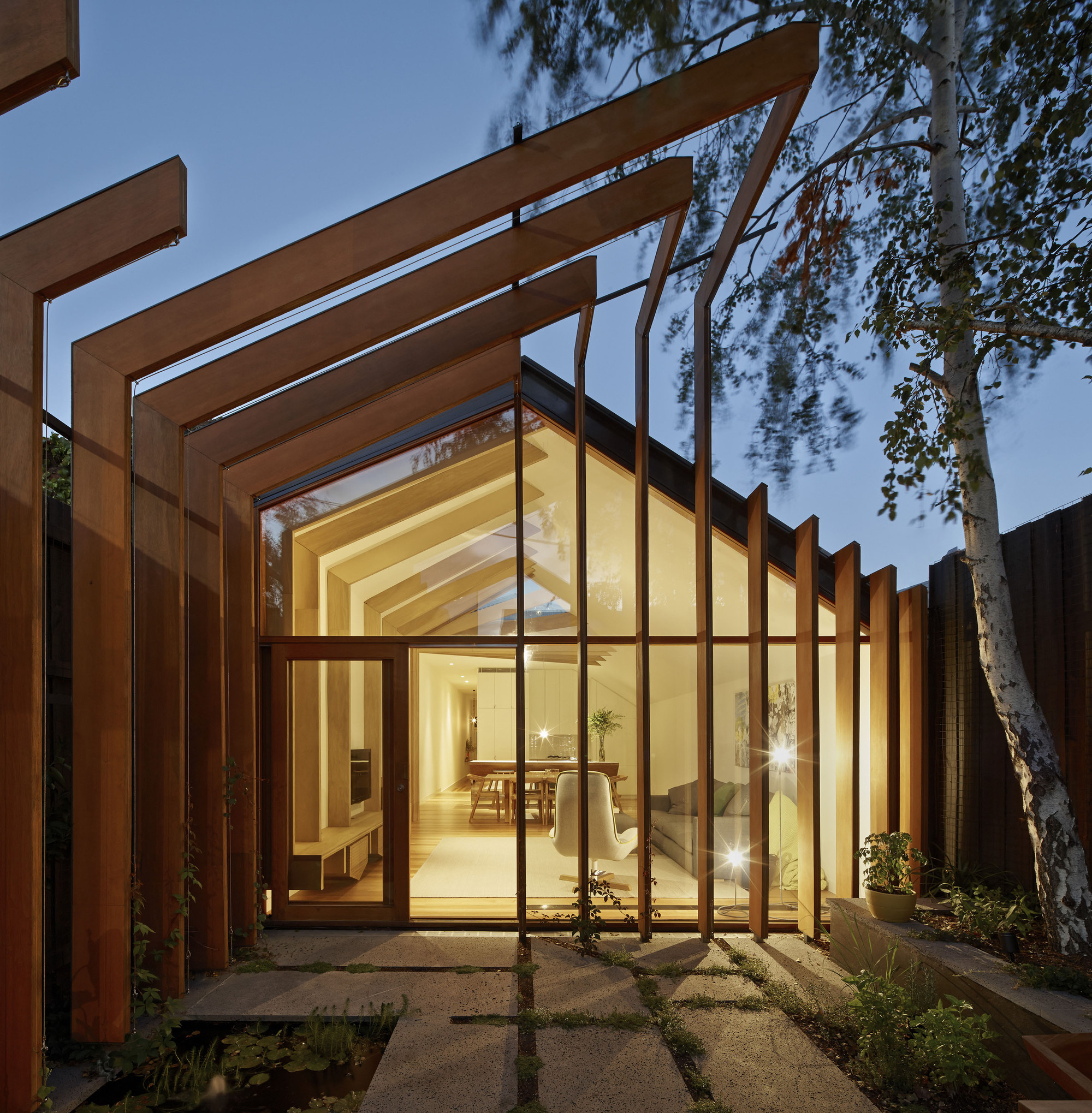 The site is a single storey terrace on a small 5m wide block in Melbourne city centre. The aim was to create new living and dining areas, relocate the existing kitchen and bathrooms, and improve access to natural light in the main living and sleeping areas. The existing Victorian east end of the house containing 2 bedrooms was to remain and be renovated.

The client’s functional requirements were simple. The only special requirement was to find a place in the design for 3 tapestries of houses that his mother had made.

Our design strategy is always to celebrate the particularities of the project. Thus, while exploring the tradition of tapestry and sewing techniques, the sewing concept of the new old-fashioned house shape established the design approach.

The wooden beams form the thread that connects the new living room to the existing house, then beyond to the west courtyard. The wooden beams at the northern tip converge into a large wooden column, reminiscent of a bobbin thread. In the courtyard, a mirror is strategically positioned at the end of the wires to extend the space and create a sense of unraveling (while concealing building services). The wooden threads twist on the west facade to provide additional shade to the living area which will soon be overgrown with greenery.